The Premier Tour is designed to bring together the best of our junior players from across the state so that they may play for the Cal Cup Championship Title. It consists of 12 tournaments throughout the summer at locations from San Diego to Santa Cruz. Tour Stops award premier prizes and the winners are invited to Cal Cup - the Premier Tour Invitational Championships in Ocean Park, Santa Monica on August 21st and 22nd, 2021. 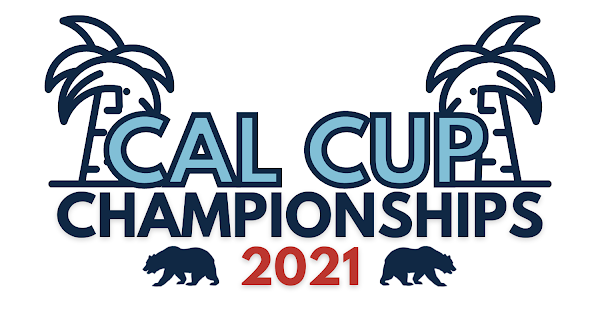 The Championships are invitation only. The entry fee is $100 per team. Each girls division will have a maximum of 12 teams, each boys division will have a maximum of 10 teams (1 bid is given at each of the Tour Stops - see below for what happens when a team cannot accept a bid) and will be seeded according to adult ratings (AAA/AA/A/B) then junior points. The champions in each age group earn a bid and free entry into 2021 AVP West Coast Championships, unique prizes, and a championship plaque/trophy. Additionally, champions will be recognized at the 2021 Hall of Fame Induction Ceremony.

Tour Stop Winners receive one bid as a team per Tour Stop win. The teammates must play together unless one player is unavailable (or accepts another bid to Cal Cup). If one teammate is unable to attend or has accepted another bid, the available player may replace him/her with an age- & gender-appropriate, active CBVA player. The bid is always initially awarded to the first place team upon winning the Tour Stop (for the right of first refusal), regardless of whether either or both of the winning players already have earned a bid.

If both teammates are unable to attend, the bid will pass to the second place team. The CBVA office will notify the second place team players if the bid has passed to them. Should all players of both the first and second place teams be unable to accept the bid, it may go to the highest ranking CBVA player in the Junior Age Division who has not yet earned a bid, and the partner of his/her choosing. The CBVA office will notify these players once they are mathematically guaranteed a spot, typically starting 1-2 weeks before Cal Cup.

If you earn multiple bids with different partners, you may choose whichever partner you’d like to play with, but please remember to give courtesy notice to any winning teammates that you will not be playing with, so the he/she has ample time to find a partner.

*Please note- all players must have active CBVA memberships and must be age-appropriate.
**Should there be several open bids to be filled according to the rankings, the CBVA may elect to consider an age division to be full with as few as 10 teams in order to preserve the level of talent and prestige of earning a spot in the Championship tournaments.

To accept your bid, use the Invitation Code given to you by your Tournament Director at the time of your Tour Stop win. Go to CBVA.com and follow the normal registration steps to sign up for Cal Cup. You will be prompted for the Invitation Code you earned with this bid. Invitation Codes are unique to each bid and only work for the age division in which you earned it. Each bid/code is good for one entry into Cal Cup. If you lost your code or it is not working, please email info@cbva.com. Entry fee is $100 per team.

If you are not able to accept the bid, please notify the CBVA office as soon as possible by emailing info@cbva.com, no later than Monday, August 16th, 2021. If a team does not use their Invitation Code by the August 17th cutoff, we will consider the bid declined and it will pass to the next team/player.

(PS - we know this can be a little confusing... If there is anything you want further clarification on, please don't hesitate to reach out to us!)

Congratulations to all of these outstanding players!